What is an Adult Child of a Difficult Parent? 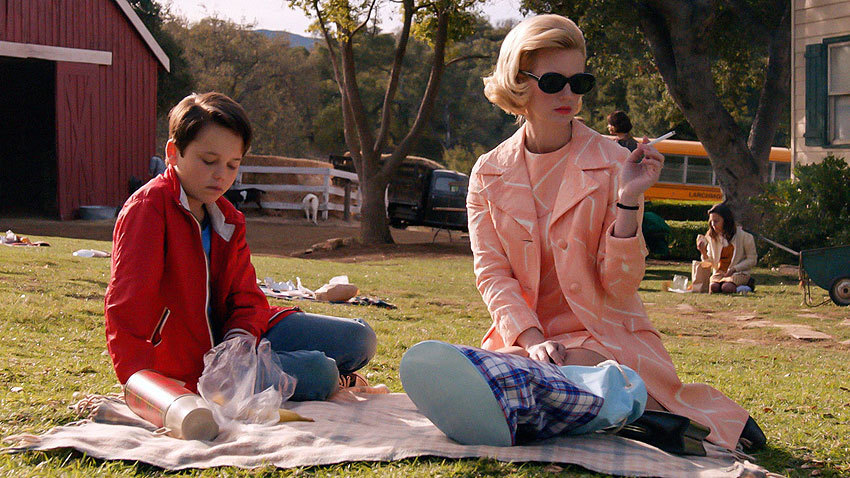 You may be asking this question. And really, it’s more “What do you mean by ‘difficult’ parent?” That’s the real question.

But maybe you don’t. Maybe your parent doesn’t really fit any of those categorizations. But you still have a hard, hard time trying to have a good relationship with them. Maybe you are currently avoiding them, or not speaking to them at all. Maybe you talk to them daily, but they drive you crazy, and you feel like you can’t break free. Maybe you’re their “best friend,” but you are exhausted, and worried about how to have your own life when they need so much from you. Maybe they were great at times in your life, but not as great at other times, due to their own illness, difficulties or life circumstances.

[I promise no spoilers in this writing, except for what happens in this ONE episode!]

Betty is Don’s first wife, and the mother of his children. She is, to put it mildly, a less-than-stellar parent at some points. There’s a lot of interwebs-talk about Betty possibly having a personality disorder, and that may be the case (it has not been affirmed or denied by the writers), but the fact is, for the era, Betty appears to be a fairly standard parent. Meaning, from the outside, she looks like she’s doing a fine job. Her children are well fed and clothed, and polite members of society for the most part (we’ll give teenage Sally a pass here because adolescence). As it turns out, Mad Men’s creator Matthew Weiner partially based the character of Betty on his own mother. Weiner was born in 1965.

Why Betty is not a blatantly bad mother: Betty doesn’t regularly hit her children (she does slap Sally across the face once that we see). She doesn’t drink (to excess, anyway) or do drugs around them. We learn a bit about how Betty was parented, and it looks as if her own mother was short on affection and compassion and long on criticism and punishment. It is clear throughout the series that Betty is ill-suited to being a parent herself. She also (unfortunately) does not get decent therapy to possibly address her own issues and in turn gain skills to parent better.

What this leads to are some painful examples of Betty’s children not getting a present, adult, healthy parent. There is a great (and cringe-inducing) example of this in Season 7, episode 3, entitled “Field Trip.”

In the episode, partially described as “Betty trying to bond with Bobby,” Betty announces she will be going on Bobby’s next field trip with him. (This is after having a discussion with another mom that seems to ruffle her feathers.) Bobby is visibly thrilled by this information. It’s clear that Betty does not spend a whole lot of time with Bobby, as this appears to be a first-time occurrence.

In the next scene, Bobby and Betty are chatting about Bobby’s favorite superheroes on the school bus when they are approached by Bobby’s friendly teacher. After she leaves them, Bobby says to Betty, “She really likes you,” to which Betty replies, “That blouse says she likes everyone.” It’s not clear if Bobby understands exactly what Betty means but more to the point, who says that to a child? What is he supposed to do with that catty comment?

A little later, Betty volunteers to try fresh cow’s milk straight from the bucket, and Bobby beams at her, clearly impressed and proud to have her as his mom. At lunch, he lays out a blanket for the both of them and protectively blocks anyone from taking her spot while she goes to wash her hands. When she returns she asks Bobby where her sandwich is. He replies that he traded it for gumdrops as another child did not have a sandwich.

Betty is clearly angry and Bobby offers to go get it back, apologizing profusely. Betty says, “Stop it. It’s fine.” Bobby apologizes again. “I’m sorry. I swear. I didn’t know you were going to eat,” indicating that it’s entirely possible Betty doesn’t always eat. Betty lights a cigarette, glares at Bobby, then puts on her sunglasses and turns away. Bobby looks crestfallen.

As if that wasn’t enough scolding and rejection, later that evening Betty says to her husband (who asks if she is going to eat dinner): “I’m not hungry. I was hungry. But now I’m not,” while looking pointedly at Bobby. She leaves the room with her younger son. When Bobby’s stepfather tries to get Bobby to explain what happened, Bobby responds, “I wish it was yesterday.”

When the two adults later speak about the day without Bobby present, Betty says things like, “It was a perfect day and he ruined it,” “Do you think I’m a good mother? Then why don’t they love me?” These are indications of her inability to see that Bobby really loves her quite a lot, and her lack of maturity in expecting an eight-year-old to be responsible for her feelings and what kind of day she has. As if any eight-year-old should be responsible for taking care of his mother’s feelings, Betty is indignant and upset that Bobby did not do this (although not for lack of trying on his part).

When I watched this episode I thought, what a great representation of a difficult parent. Betty is not doing anything blatantly abusive, and yet, that is what this is. In seeing her son as someone who is here to take care of her and predict what she will want (a sandwich on one day but maybe not another – it’s clear in the show that she rarely eats in front of Bobby, so it was a safe assumption on his part that she wouldn’t want the second sandwich), she is using him, treating him as an object, and not a separate little boy who gets to love and be loved, even with flaws. In Betty’s world (and thus Bobby’s), love is not that simple. If you give away a sandwich that it turns out your mother wanted to eat, that means you don’t love your mother, and you are a bad son.

This is awfully confusing to anyone, but especially to a child. Children are wired to be attached to their parents, as their primary caregivers and, in the beginning especially, the ones they rely on to stay alive. Wanting to please your parents is an innate need. What is unfortunate is that if the parent is incapable of seeing past themselves to know that they need to provide their children with recognition, affection and praise (even when they make mistakes), the child will journey into adulthood with some core beliefs that range anywhere from slightly disruptive to completely debilitating.

I’ll talk more about core beliefs in a later post, but suffice it to say that Bobby the adult would do well to find a great therapist to unpack some of the things he may have absorbed from Betty in terms of his own lovability and worth. Bobby is actually quite a sweet little boy, and he is not getting that reflected back to him from his mother a lot of the time. That means it’ll be up to Bobby to figure out what his core beliefs are, if they are actually true, and if they are helpful or unhelpful to him in living a good life. If he is lucky, he will do just that, and get more peace and clarity in terms of his relationship with his mother, which will likely continue to be difficult.

I’ll finish this by stating that I have compassion for Betty as a character (as much as she is easy to hate) because it’s clear she got a raw deal herself – both parent-wise and first-husband-wise. She is obviously not a happy person. She does not yet have the skills to get in touch with her own emotions and figure out what kind of life she actually wants to lead. She’s simply going off the road map she was handed by other people who couldn’t see her either.

All right, enough said about a (somewhat) fictional character on TV.

Just to be clear: This isn’t about blaming parents for all of our woes. It’s simply about shining a light on some aspects of childhood that could easily go unnoticed that could still have a huge effect on your life. If you did – or do – have a difficult parent, it’s bound to affect you in some ways. It could be extremely helpful to talk to a professional about it in order to process it and keep moving forward in your own life without that weight on your chest.